Religions for Peace members call for more interreligious cooperation at the General Assembly of the World Council of Churches.

At the General Assembly of the World Council of Churches, more than 3,500 participants from 350 churches and 120 countries have gathered in Karlsruhe by Thursday (September 8, 2022) in the city of Karlsruhe, in south-west Germany.

Prof. Azza Karam, Secretary General of Religions for Peace International, was invited to speak, where she called for more interreligious cooperation and said that “Faith is a force stronger than politics and brings with it a special responsibility.” 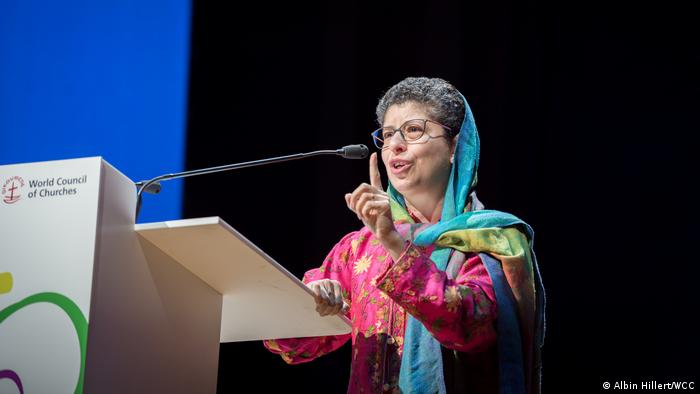 Dr Elisabeth Naurath, member of Religions for Peace Europe, representing RfP Germany was interviewed by German media Deutsche Welle in Karlsruhe, where she said that Interreligious dialogue is “very important in plural societies,”